Latest: Highways England has revealed that they have approved budgets for the improvements to the A63 Welton junction slip roads. These particular improvements are to coordinate with the planned new roundabout works, which is part funded by the Council and the Brough South Developers. Overall this should make for much safer and less interrupted traffic movements all round. I understand the overall project should be completed by end of 2022. Although works are not expected to start until early next year, so at least we will have a reprieve from the recent gas road works. I must say thank to all the campaigners and supporters of this group for helping to put pressure and the East Riding to bring forward these works, as it was believed originally that we wouldn't get the road improvements needed until the 750 houses were built on Brough South, which would have been years away. 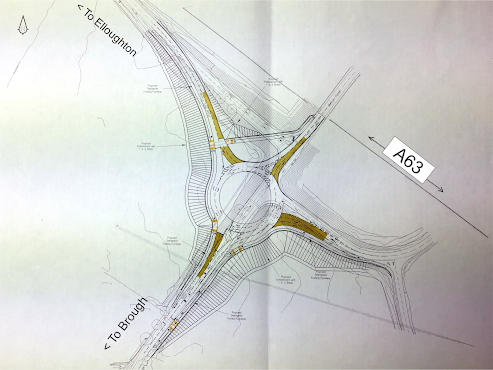 Thank you for commenting on this blog. We try to approve comments within 3 days.